Greeting from the HU-ACE head 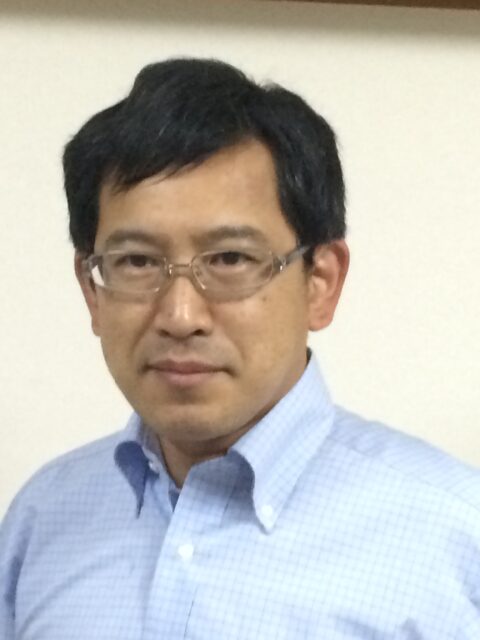 After Dr. Nishida, Former head of HU-ACE, retired in March, 2021, continuation of this core with new head was approved in August, 2021, and now we re-started our activities.  We will proceed the research and development of “advanced” technologies for creation, storage, and utilization of energy and fuel, especially in the field of transportation sector.

Thanks to the activities under Dr. Nishida, we are periodically organizing international conference, collaboration, and establishment of Hiroshima Scenario.  We will continue the world-top research under the collaborative framework of 23 staffs and researchers from various academic field including engineering, advanced sciences of matter, integrated arts and sciences, and international cooperation.

Hiroshima University declared that carbon dioxide emission from its campus to be zero in 2030.  We will also cooperate to realize this goal.  Our activity will be made with much wider view, understanding the large trend of energy field.  Our advantage of having staffs and researchers from various fields in the university will be made the best of to develop research on advanced energy utilization.

History of Establishment and Mission

A measure to the global warming which is a worldwide environmental issue is advanced based on Paris agreement at present. Needs for the technology for which the energy is used super-high-efficiently, sustainable and environmental friendly are increasing as the countermeasure. A study of efficiency improvement of an internal combustion engine, use of renewable energy and use of clean energy is also advanced eagerly at a next generation energy project research center, a biomass project research center and an overall scientific research project on energy resource of in Hiroshima University, respectively. In the background, Advanced Core of Energetics (ACE) was established as a research core into which the research centers above-mentioned are integrated to accelerate dramatic improvement of the energy use efficiency and efforts for the social mounting.

Japan set a high target for greenhouse gas reduction as a countermeasure against global warming: 26 % reduction compared to 2013 greenhouse gas emission rates by 2030, and 80 % reduction by 2050. Japan must develop interdisciplinary technology, such as CO2 capture and storage, energy conservation, and the use of renewable energy sources, to achieve this target. Setting these major tasks as our final goal, Advanced Core for Energetics (HU-ACE) is undertaking the following projects: 1) Development of advanced technology to improve the energy efficiency of each step of energy flow, from energy supply, transportation, storage, to energy consumption, 2) Designing a roadmap to integrate improved energy consumption technologies now and in the future to the year 2050, 3) Developing personnel skills to contribute to major greenhouse gas reductions through interdisciplinary research and education, 4) Publication of research outcomes to share the results with researchers and industries worldwide.

This advanced core carries out research and development for realization of high-efficiency, sustainable, and clean energy system. Currently, shifting from conventional fossil-fuel energy system to renewable energy system where solar, wind, geothermal, and biomass energy are employed. What is important for it is high-efficiency utilization for final energy consumption and high-efficiency technology for conversion to secondary energy. Renewable energy has a large potential, but it also has limitation in availability from the economic constraint. Making the best of it with high efficiency is wanted. In addition, electricity directly obtained from solar or wind energy is not easy to store, and transportable and storable “fuel” is needed. Further, distributed transportation energy utilization is also important. Thus, the following 4 themes are set, along which research activities are conducted.

Four groups shown above together with analysis and evaluation groups are set, and world top advanced center of energetics will be realized through collaboration with companies and foreign countries.

Hiroshima scenario is the road map which is drawn up as common recognition of base members to introduce a highly efficient, renewable, and clean energy system from the present energy system step by step. It’s as follows as the present outline.

We currently use gasoline and diesel oil as transportation fuel refined from fossil fuel which is primary energy. Although the energy efficiency of power utilization and power generation using existing engines and various turbines varies depending on the scale, it is about 30 to 50%, and many carbon dioxide is discharged.

In 2025, high efficiency of various combustion technologies including engines will be introduced. In particular, in addition to exhaust gas recirculation and pure oxygen combustion, the introduction of laser ignition will enhance the controllability of the engine, resulting in the increase in its efficiency.

In 2030, the introduction of renewable fuel is promoted. Currently, ethanol production from lignocellulosic biomass and oil production using algae have not spread to widespread predominantly for economic reasons. However, the introduction of biofuel based on the Paris Agreement is required even at a high cost to some extent. Hence, the production cost will be reduced in the future as technology development goes on. Also, methane fermentation gas engines are currently being used only in a small part, but they are also widely used around 2030 due to the fact that there is no dust in exhaust gas and renewable energy.

And in 2050, the introduction of hydrogen fuel will become full scale. Infrastructure development is essential for the introduction of hydrogen energy, and many problems still need to be solved are still left for economic hydrogen utilization to be realized. Biofuel releases carbon dioxide as it burns because it is organic matter, whereas hydrogen produces only water, so there are no carbon dioxide emissions at the dispersed source and it will be used without concern in the life cycle can do.

Based on this scenario, we systematically develop the technology required for each system element.