Pretreatment is an important process to obtain high ethanol yield on bioethanol production using lignocellulosic biomass. On this research, the effect of initial grain size and disk gap under hydrothermal disk milling was investigated. The result showed that the optimum initial grain size was different with each disk gap. It is likely that there were different milling mechanisms during hydrothermal disk milling which caused different results.

Since non-renewable fossil fuel consumption causes the global warming problems, using energy from renewable source such as biomass instead of fossil fuel to avoid worsening the environmental problem is now being sought. Supercritical water gasification (SCWG) is a favorable technology to convert wet biomass into renewable energy under temperature and pressure above 374 °C and 22.1 MPa, respectively. In the previous study, glycine, which is the simplest amino acid, was chosen as a model protein for investigating the behavior of amino acid decomposition under supercritical water gasification. However, they just followed gasification efficiency. The behavior of both nitrogen and carbon should be followed for the complete understanding of the reaction. The purpose of this study is to gasify glycine in supercritical water, and determine the behavior of both carbon and nitrogen. The experiment was conducted at 25 MPa, 450 °C, with the residence time of 5 s, using tubular flow reactor. The feedstock percentage concentrations are 1-5 percent by weight, respectively. According to this experiment, most of nitrogen compounds in glycine are in form of ammonia and methylamine. Carbon dioxide, hydrogen and methane were the main gaseous products found in this experiment. 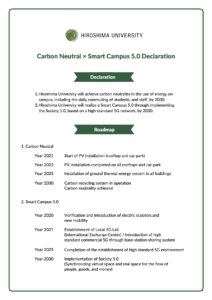